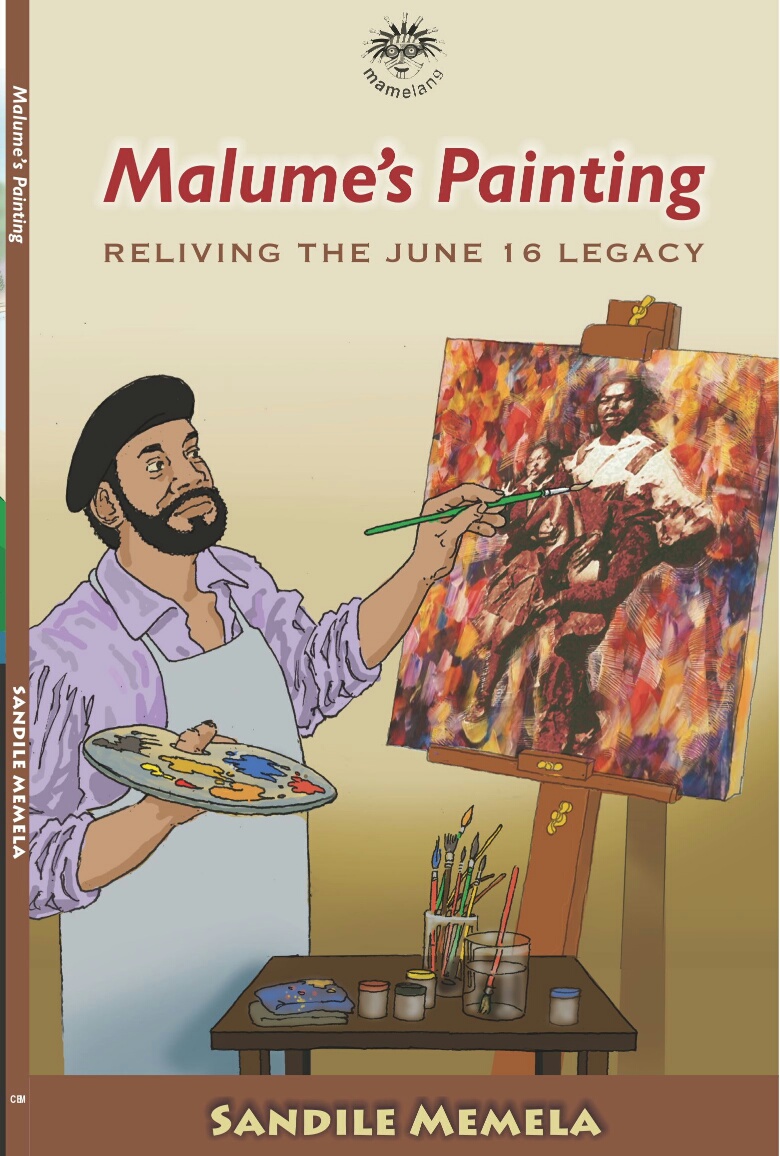 Malume’s Painting, part factual history and part fictional story portrays the journey of a young Soweto student activist who left for exile 1976 to later return to a democratic society after the fall of apartheid. It explores his relationship with his sister whose family enjoys the fruits of liberation and how the new generation is alienated from their history and heritage. A highly conscious and gifted visual artist, Malume uses painting to strengthen his bond with his sister and to relay history to young children.

The story shows the humanity of freedom fighters and how acts of kindness can change lives and heal families.

The Author Sandile Memela-journalist, novelist, cultural critic and polemicist – is one of South Africa’s well-known journalists and intellectually provocative writers.
He is a former strategic executive in the Black Consumer Service wing at O&M Rightford who was responsible for forging relations between clients and leading civil bodies in the black market to promote mutual understanding.
Memela has written and contributed in depth articles on developments and trends in the advertising and marketing industry as a columnist in Advantage, Marketing Mix and The Saturday Star, among others. He is well recognized for his provocative perspective that has stirred debate to encourage the advertising industry to take stock of itself and, above all, open opportunities for black creativity.
At present, Memela is a civil servant. He was previously in the Department of Arts & Culture where he headed the Social Cohesion unit until August 2014 when he was appointed Spokesperson for Minister Nathi Mthethwa until July 2015.
A well-known journalist and public intellectual, he is a frequent commentary contributor and serial letter writer to The Star, Business Day, The Argus, Mail& Guardian, Sowetan, Pretoria News, The Argus, City Press and Sunday Sun, to name a few.